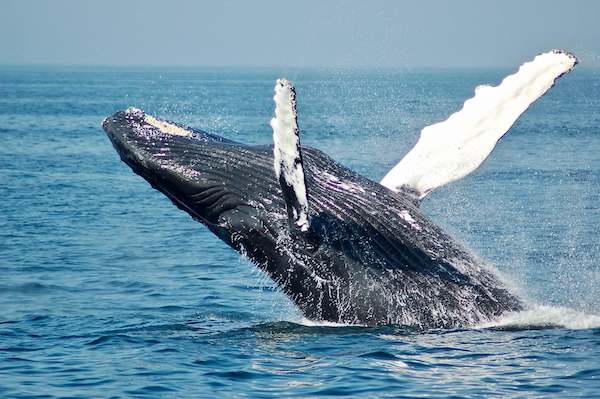 Some options that might increase performance, some that don’t.

Containers get connected to a bridge network by default. A software bridge that allows communication between containers running on the same host & bridge. We can also create and use custom bridges, to create isolated groups of containers. To allow connections from outside, we must map the host’s ports to a container’s with -p (publish e.g. -p 3306:3306) This is easy and flexible, but it makes Docker start an additional process (docker-proxy), which can use a non-trivial amount of CPU.

What’s the alternative? Consider using --net=host, which connects the container network directly the host. In my experience, a considerable boost can be gained, specially when there are multiple connections.

The downside of this is that we run the risk of inadvertently exposing ports to the outside world. Moreover, changing service ports is, yet again, a hassle. We’ll need to deal with configuration settings inside the container.

How much more we can get out of Docker? I ran a sysbench OLTP read+write test with 8 threads on MariaDB 10.3.12 to see. 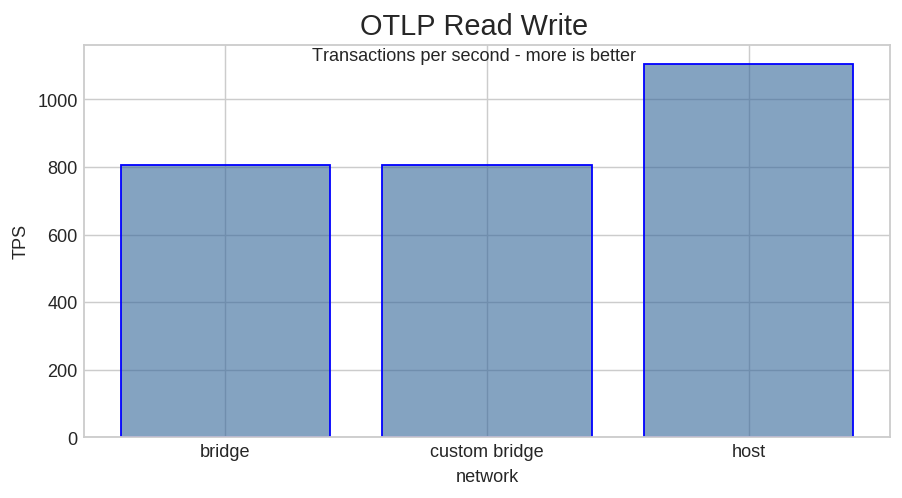 In my test, host network means about a 37% TPS increase. I’ll let you decide if that is worth letting go of port mapping.

Containers are made up of several layers, the top one is the only one that can be written into. Once a container is stopped and removed, this layer is lost. The layers are managed by one of Docker’s storage drivers, which does copy-on-write. Docker’s documentation states that this feature reduces performance.

To provide permanent storage we can use volumes and bind mounts. Volumes are managed by Docker itself, whereas bind mounts provide a way to map directory or file between the host and the container. In theory, these methods should be more efficient because they bypass Docker’s storage driver.

I was curious about a case in which I had to write lots of data but I didn’t need persistence. The best solution would have been to a tmpfs mount, being memory storage, it’s the fastest. But we don’t always have enough memory. What’s the best other alternative?

I tested random write speed with fio on an EC2 host with an io1 1000 IOPS volume. 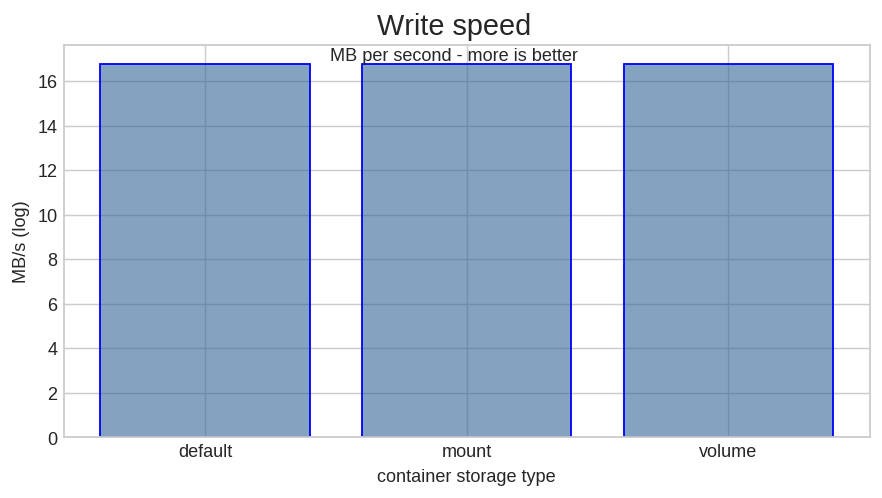 As you can see, the mount option really makes no difference for write speeds.

To put things into perspective I repeated the test with a tmpfs mount. I had to use a log scale to even see the slower options. 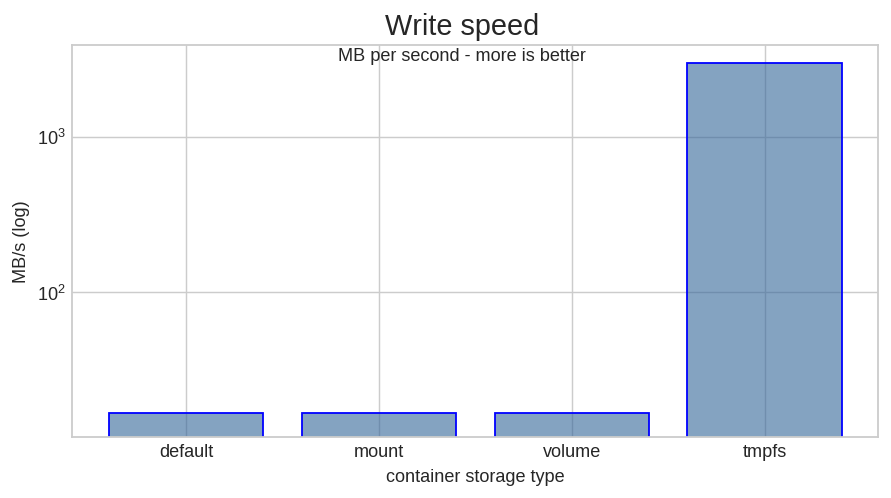 Containers, by default, don’t have any limits. Any of them can hoard all the host system’s resources. This may be well and fine for development, but a potential disaster for production.

Thus, a final recommendation: set limits for production containers. At the very least a memory limit. To avoid swapping and containers getting killed by out of memory errors. We can also set limits for CPU and disk I/O.

First, we need to find out suitable limits. We can start the container normally and check resource usage:

A lot of details can be found under the /sys/fs/cgroup filesystem. For example, we can get a great deal of interesting memory counters.

To get the full container id: docker ps --no-trunc

Once we have an estimation, we can try starting a new container with some limits.

For a hard memory limit, we can use --memory. Use --cpus to limit the amount of CPUs available.

When setting a memory limit, Docker will set a swap limit of --memory * 2. This can be changed with --memory-swap: total swap allowed = --memory - --memory-swap.

Container limits can even be changed while they are running. We don’t need to restart containers as Docker can change limits at runtime: docker update